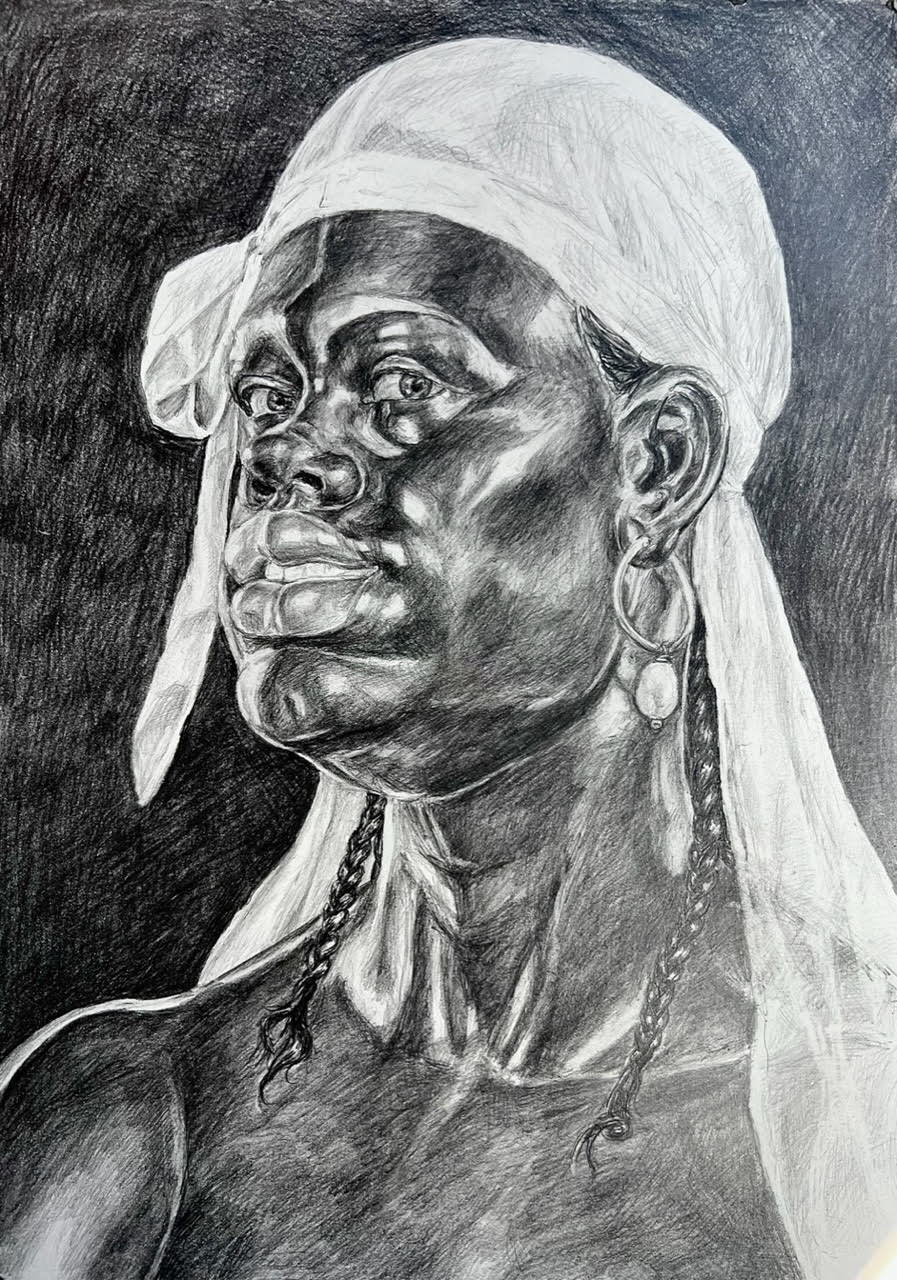 CULT Aimee Friberg and CULT Bureau are pleased to announce Gaze Interrupted, a group exhibition including works by Shagha Ariannia, Sarah Palmer, Anthony Peyton Young, Mia Weiner, and Jamil Hellu opening at CULT Bureau in Oakland (482-D 49th St) on September 17.  The works in Gaze Interrupted deconstruct the gendered unilateral gaze typical in Western art history and invite a conversation between subject and viewer, centering a gaze beyond the binary. The exhibition will be on view from September 17 to November 19, 2022, with an opening reception on September 17, from 6 to 8 p.m.

Working across painting, illustration, weaving, mixed media, and photography, the five artists showcased in Gaze Interrupted seek to not only dismantle the conventional straight white male gaze but to take it beyond: to queer the gaze, to femme the gaze, to look at sex and desire from the perspective of Black/queer intimacy and connection rather than physical objectification of cis-gendered bodies.

"The gaze"—historically understood as one that objectifies the heteronormative female form—has long represented women as sexual objects for the male viewer. Feminist film theorist Laura Mulvey coined the term "the male gaze" to bring awareness to the heterosexual, gendered quality of this unilateral gaze. Black and queer people have encountered a public culture rejecting or othering their desire and experience.

Gaze Interrupted presents five artists that interrupt that art historical and early feminist gaze to engage a deeper exploration of the queer, Black and femme gaze, to depict themselves or whomever they choose to depict, and to be self-performative for the camera when desired.

Through painting, drawing, and collage, Anthony Peyton Young explores identity, ancestry and memorialization. From his depictions of individuals killed by police, to intimate portraits of his friends and loved ones, or works that turn the gaze on the self, Peyton renders Black life and experience with a surrealistic and ecstatic lens. Seeking ways to memorialize and honor family traditions inform both pieces in Gaze Interrupted: Young’s Tigress is a powerful tribute to his mother and Girl in the Durag reimagines the quintessential Dutch Vermeer painting Girl with a Pearl Earring.

Raised in an authoritarian regime under government control and oppression, Iran-born, Los Angeles-based artist Shagha Ariannia examines the contrast between public and private behavior, and the desires quieted by societal norms. Ariannia’s paintings in Gaze Interrupted engage questions of vulnerability, doubt, desire, shame, love and awkwardness. In her recent series, and as depicted in the work Antony Sitting with Flowers, 2022, Ariannia uses her lover as a muse, shaping an auto-fictional narrative reminiscent of Orientalist paintings of the 19th century. Ariannia paints her subject in classical odalisque poses, inserting her agency over this history, and inverting the Western art historical master/muse power structure.

In Jamil Hellu’s Transience series, the multidisciplinary artist turns the camera entirely on himself. Both Fairy Tale and Mythos, two works from the series featured in (They) Gaze Interrupted, present Hellu using performance, movement and photographic representation to challenge binaries around sexuality. Gifted weaver Mia Weiner also explores issues of gender and human identity. Using photography to stage tableaus of entangled bodies, Weiner foregrounds our corporal connection to observing touch and pleasure depicted. With a rich sensuality to the material, Weiner mediates the image through her weaving on a Jacquard loom, resulting in tactile tapestries that evoke connection and the shared experience of bodies in intimacy.

Shagha Ariannia (b.1984, Tehran) is an interdisciplinary visual artist born and raised in Iran. Ariannia grew up in an authoritarian regime, where public behavior was under government control. As a result, her interests lie in the contrast between public and private behavior, examining the politics of the body and its desires in relation to sexual norms. Inspired by feminist writers such as Kathy Acker or Kris Kraus, as well the poets of Iran (Forough Farokhzad), Ariannia uses auto-fiction as a strategy for image making. Her practice at large continuously engages with questions of vulnerability and doubt, intimacy and desire, shame, love and awkwardness. Her works have been exhibited at the Vincent Price Art Museum, Meliksetian Briggs Gallery, University of California Irvine; LAXART; 18th Street Art Center; Commonwealth and Council; the Torrance Art Museum, Galerie der Hochschule, Braunschweig, Germany and Gallery MOMO, Capetown. She received her MFA from CalArts and BA from the University of California, Irvine. She is a 2016 recipient for the California Community Foundation Fellowship and attended Bemis Residency in Fall 2018.

Sarah Palmer (b. 1977, San Francisco) is a photography-based artist currently living in Brooklyn, NY. Her practice, based in the studio, envisions a wide-ranging and complex conversation about the physical and psychological worlds we inhabit, exploring such disparate topics as performative eroticism, environmental calamity, and photography’s complex relationship to representation. She received her BA from Vassar College and MFA in Photography, Video, and Related Media from School of Visual Arts. She was awarded the 2011 Aperture Portfolio Prize and has had solo exhibitions at Mrs. Gallery, NADA Miami, Aperture, and The Wild Project. Her work has been exhibited in recent years at Transmitter (Brooklyn, NY), Monti 8 (Latina, Italy), Rachel Uffner Gallery (NYC), Tiger Strikes Asteroid (Brooklyn, NY), and Launch F18 (NYC). Recent commissions include The New Yorker, The New York Times Magazine, and New Directions Press. She has been self-publishing a series of artist books since 2015, most recently including The Sweets of Pillage and Slipping Rose. She is currently the Interim Associate Director of BFA Photography at Parsons School of Design, and teaches in the Parsons BFA and MFA Photography programs.

Mia Weiner (b. 1991, Chicago). Responding to the historical textile, Weiner creates intimate declarations that explore identity, gender, and the psychology of human relationships. Mia received her MFA from the School of the Art Institute of Chicago (2020) and her BFA in Fiber from the Maryland Institute College of Art in 2013. Her work has been exhibited internationally including in New York, London, Berlin, LA, Miami, and Chicago. Mia is represented by Ochi Projects.

Jamil Hellu (b. 1976, Curitiba) employs a multidisciplinary art practice spanning photography, video, and site installations to explore themes of identity, visibility, cultural heritage, a shift beyond the binary. Navigating from a personal lens, his projects weave together strategies of performance and photographic representation to point to the tensions found in the evolving discourse about sexuality. Born in Brazil, Hellu holds a Masters in Fine Arts in Art Practice from Stanford University and a Bachelors of Fine Arts in Photography from the San Francisco Art Institute. His projects have been discussed in publications such as The New York Times, The Guardian, Artforum, and VICE. He is the recipient of the San Francisco Art Commission Artist Grant, Zellerbach Family Foundation Community Grant, Fleishhacker Foundation Eureka Fellowship, and the Kala Art Institute Fellowship Award. Hellu has held art residencies at the San Francisco Recology Artist-in-Residence Program, Headlands Center for the Arts, and the Cité Internationale des Arts in Paris. Public collections holding his work include the San Francisco Museum of Modern Art, CA; Cantor Center for Visual Arts, CA; Colorado Photographic Arts Center, CO; and Blanton Museum of Art, TX. He is a Photography Lecturer in the Department of Art & Art History at Stanford University. An active member in the San Francisco Bay Area arts community, Hellu serves as an advisory board member for Recology’s Artist-in-Residence Program. Hellu is represented by Rebecca Camacho Presents. 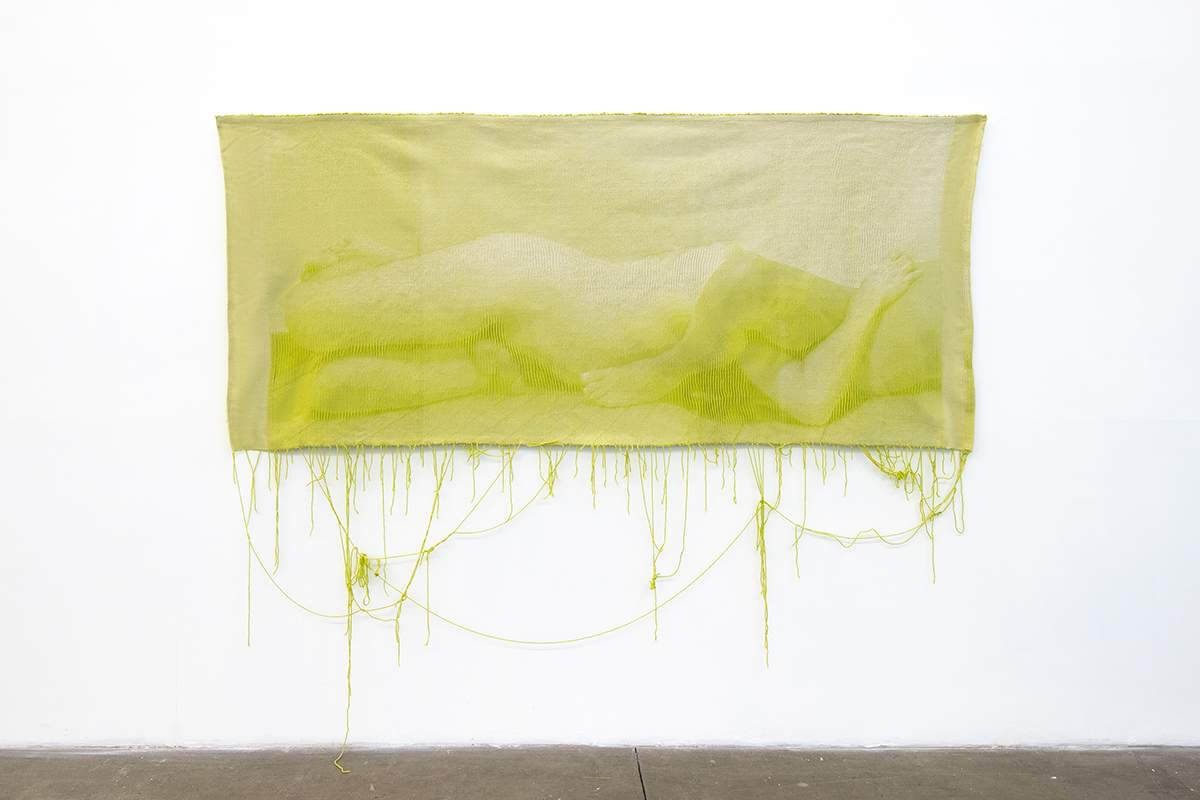 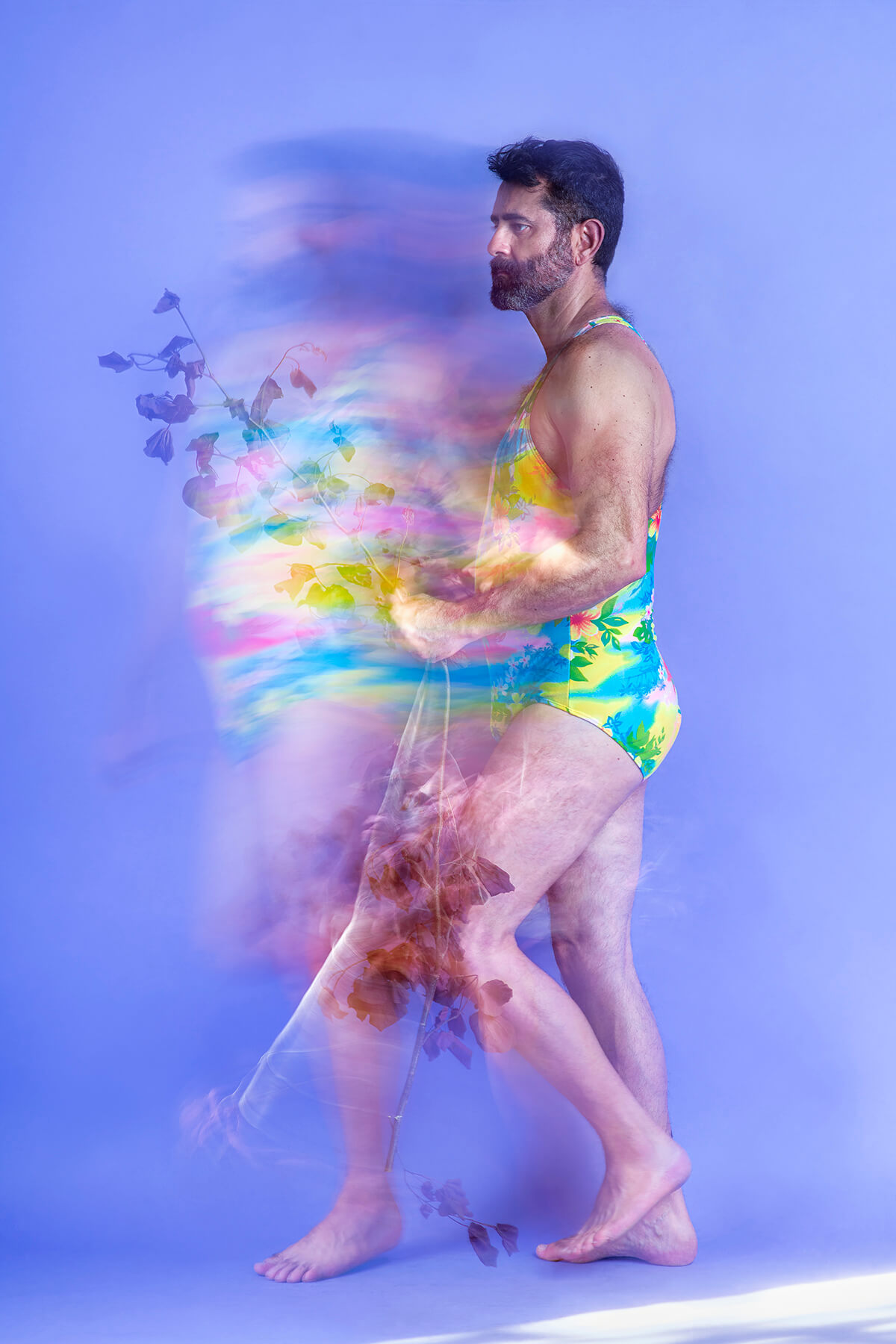 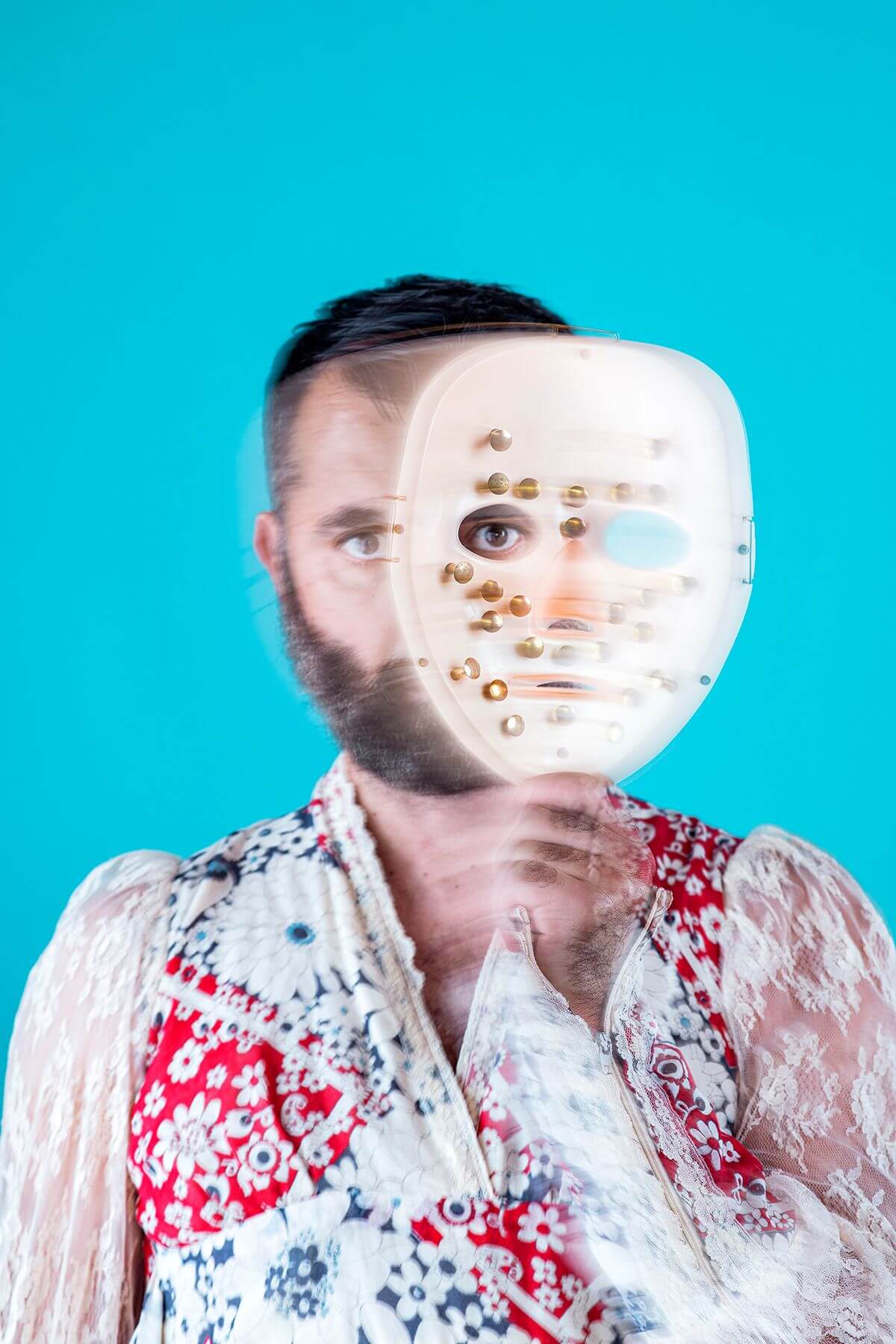 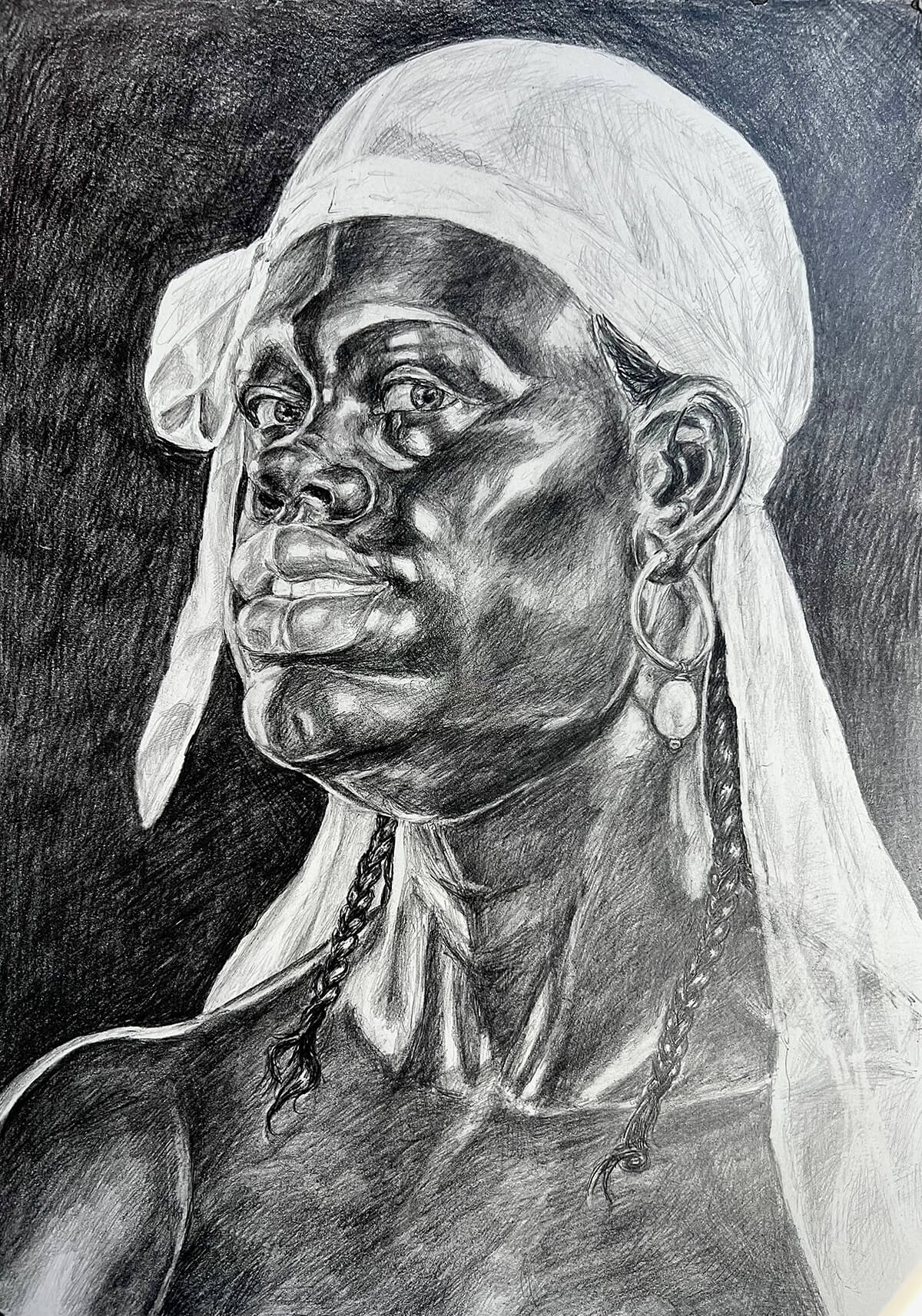 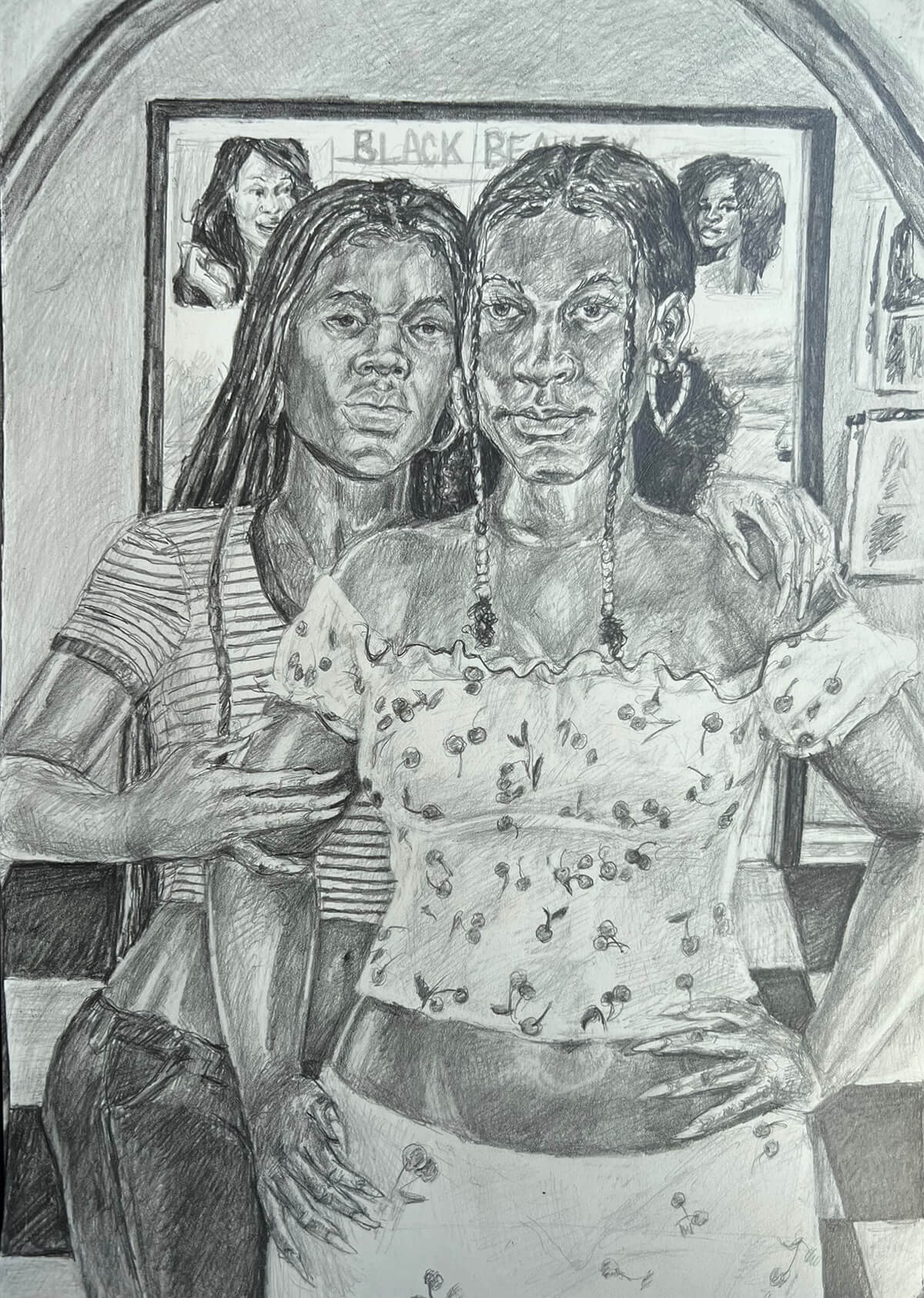 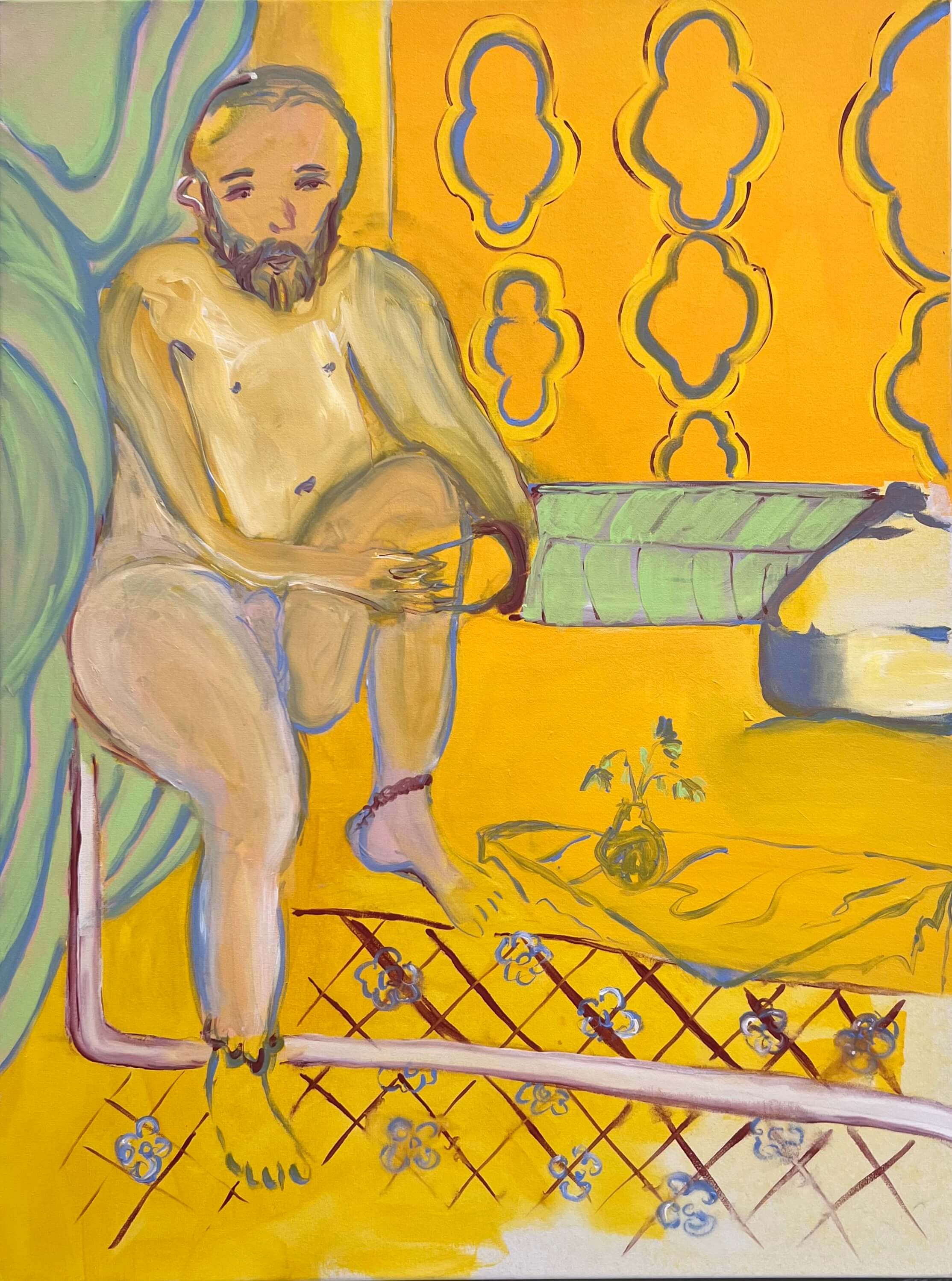 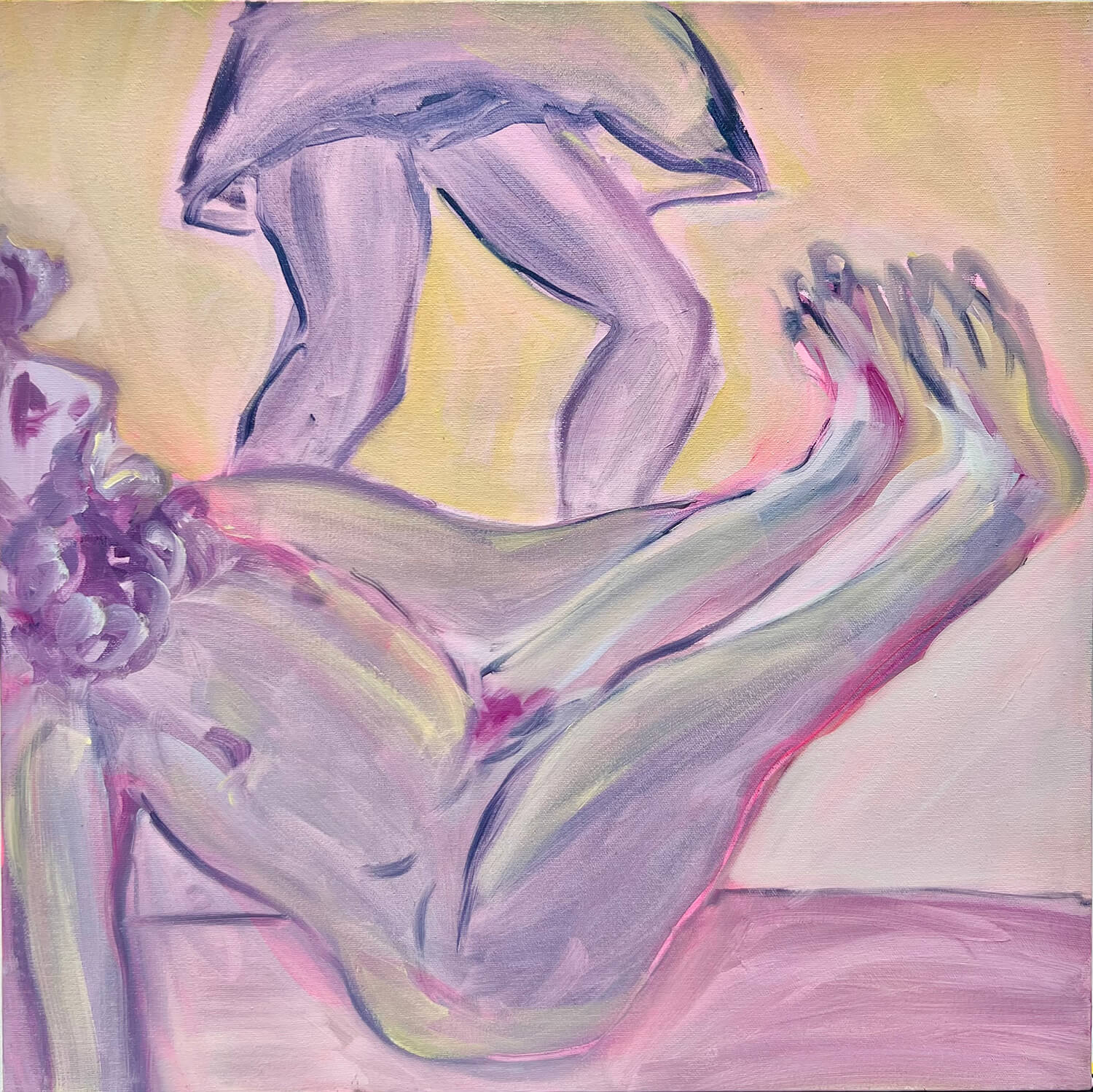 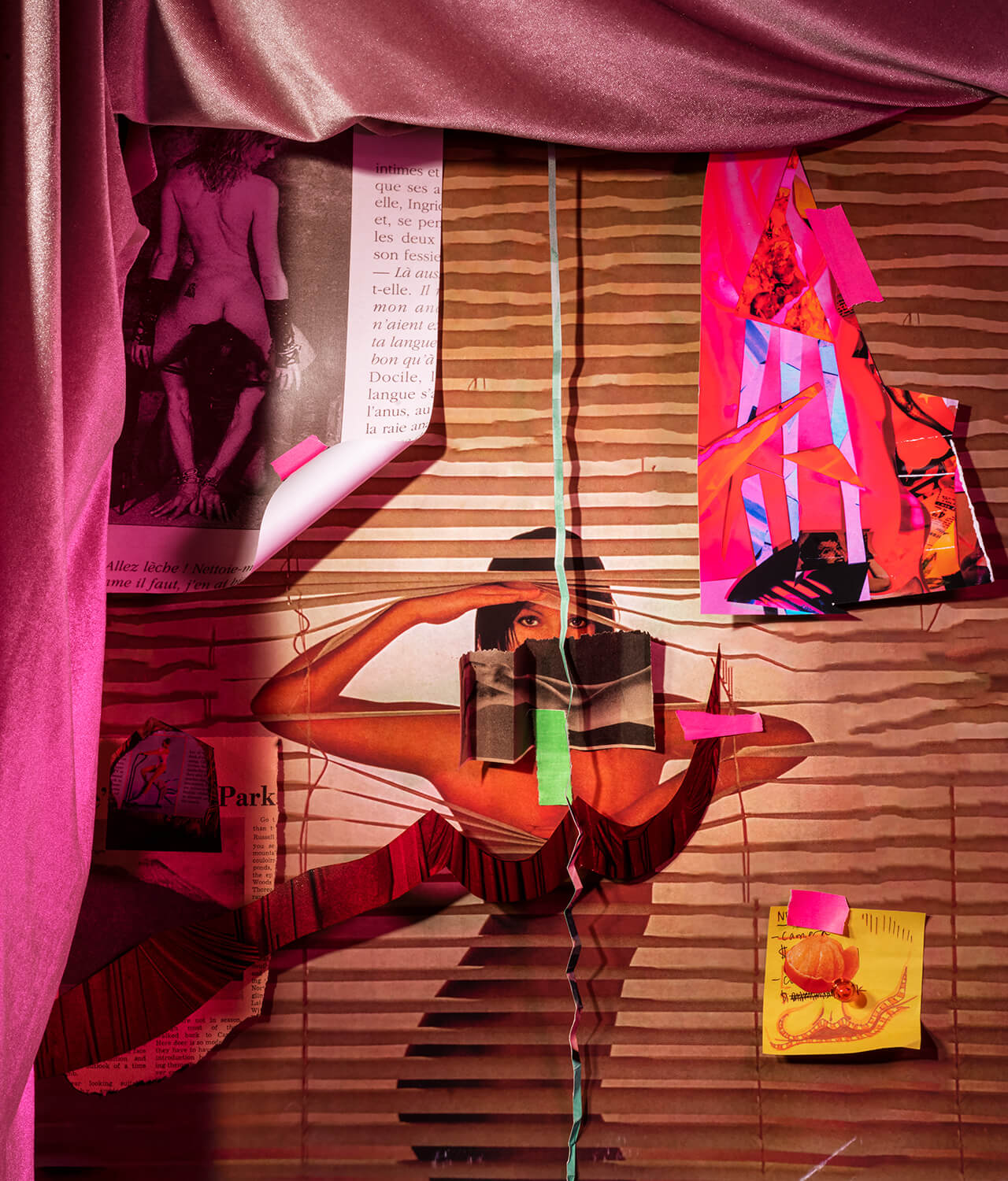 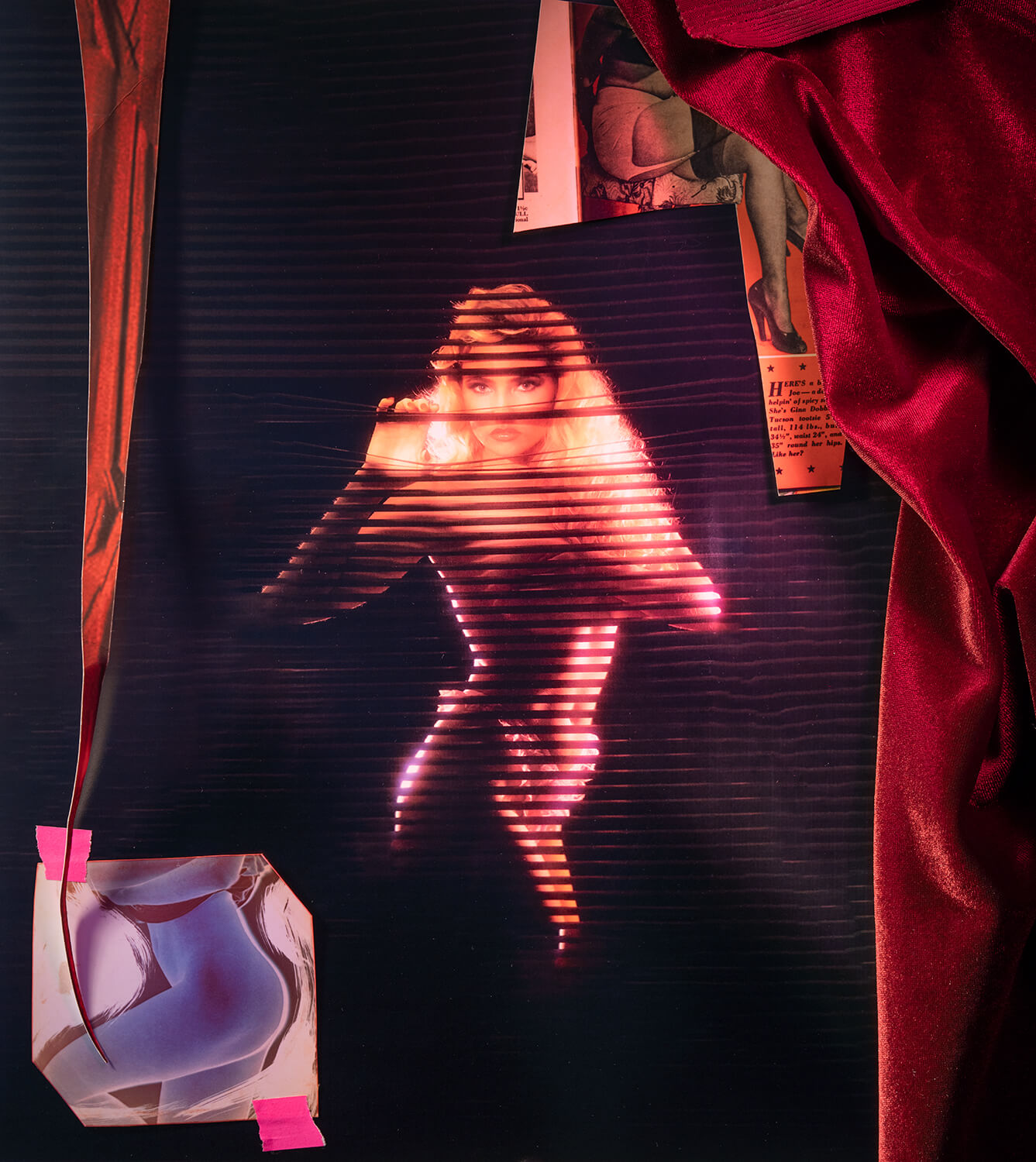 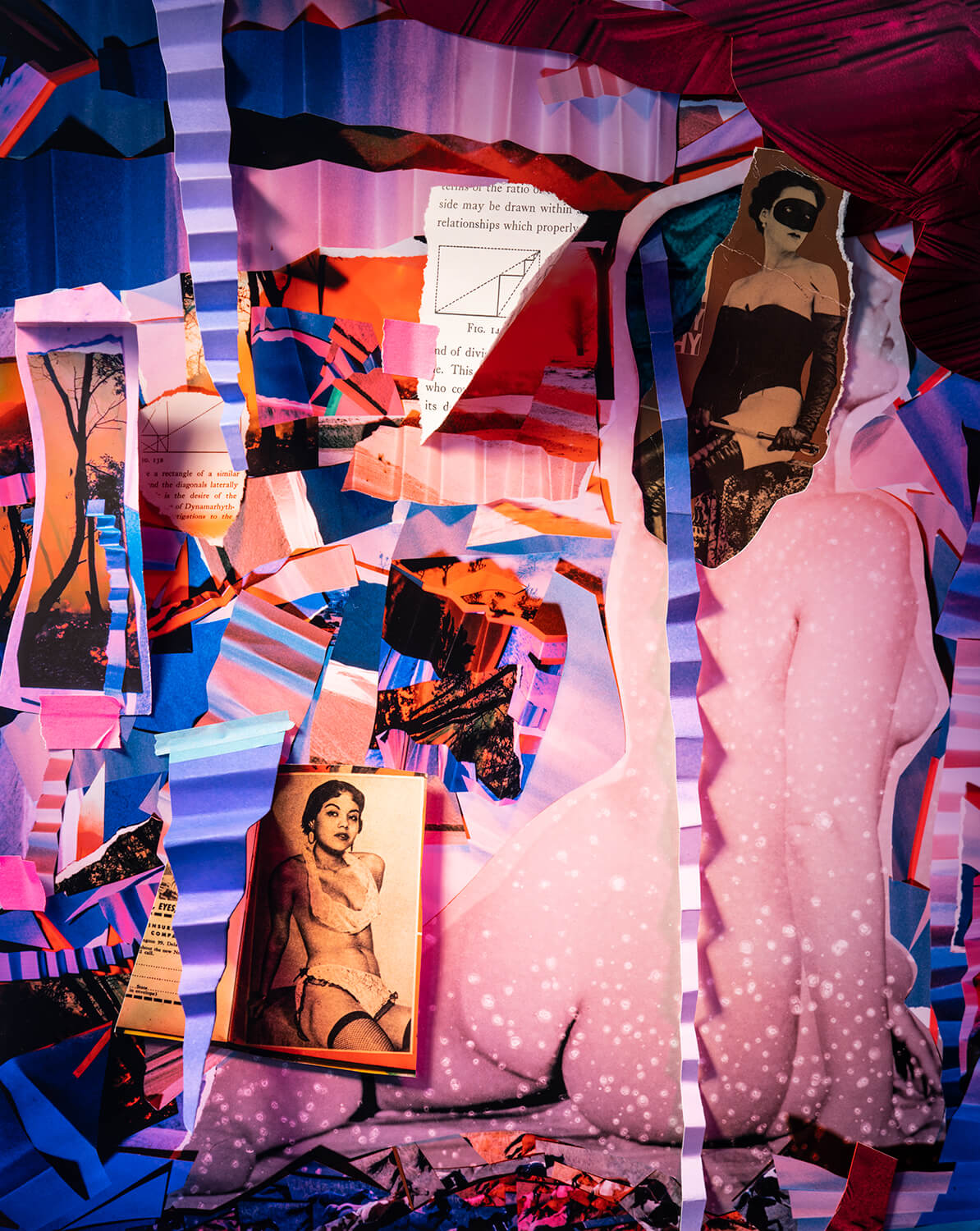 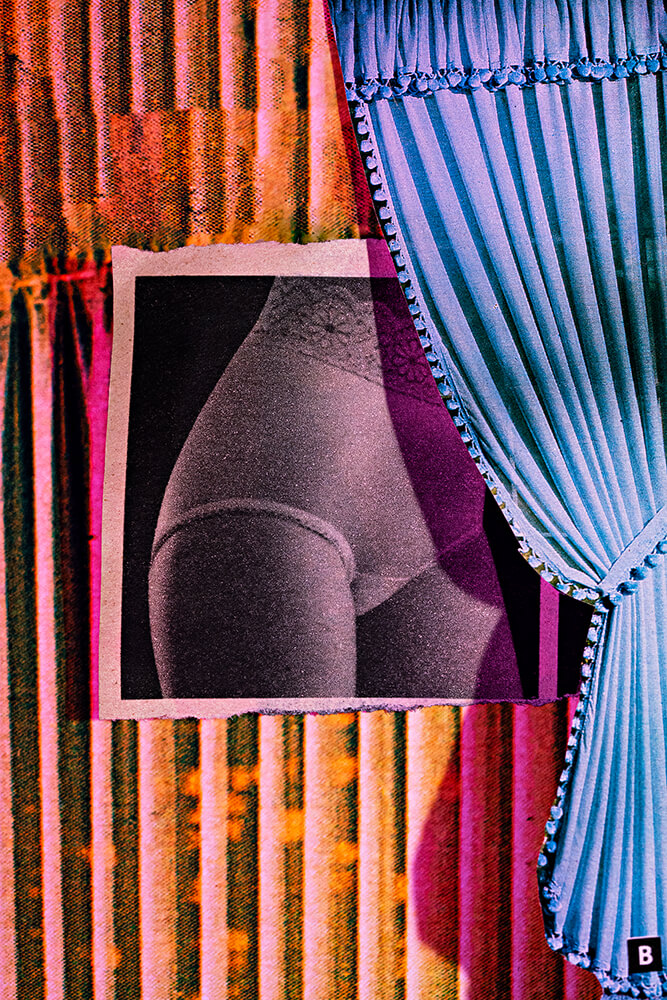 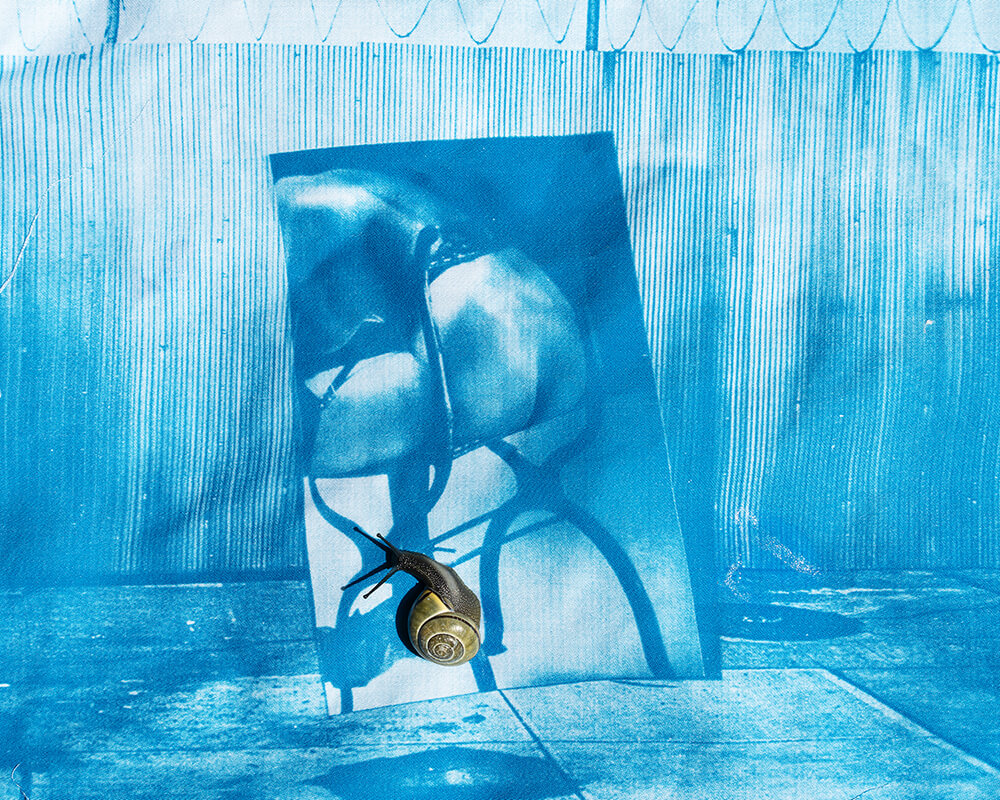 OAKLAND, CALIF. – Aimee Friberg, curator and founding director of CULT Aimee Friberg Exhibitions, is bringing a new art project to the San Francisco Bay area for the eighth anniversary of her gallery. A second CULT location, named CULT Bureau (482 D 49th Street, Oakland, CA), is slated to open to the public on November 10, 2021 from 6-8 PM, and will build upon CULT’s distinct focus to present cutting-edge, conceptual and experimental art and design by emerging and established artists and designers. Additionally, the new space will give seasoned and emerging collectors opportunities to connect with artists and artwork in an intimate and relaxed, salon-style environment. The gallery will be open by appointment.

"I am thrilled to open CULT Bureau on the eighth anniversary of the gallery," Friberg said. "This second location will be an opportunity to continue to innovate, champion the most forward-thinking artists of our day and create personal experiences for everyone who visits." CULT Bureau will open in Temescal Alley, a grouping of former horse stables from the early 20th century, which has become a retail destination in the Bay Area. The two pedestrian alleys are known for their carefully curated selection of locally owned boutiques, specialty shops and small businesses in the vibrant and historic neighborhood of Temescal, off of Telegraph Avenue. Given Oakland’s legacy of activism and status as an artistic creative hub, this is an aligned setting for the next stage of Aimee Friberg’s near-decade-long curatorial mission amplifying artists of diverse backgrounds.

"Opening a second space allows me to play a greater part in democratizing the collecting process and bridging the conversation between Oakland, the Bay Area and the global art market." Friberg said. "CULT Bureau will allow me to build relationships between collectors and artists and create a more approachable, accessible experience with art, particularly for newer and younger collectors."

Friberg collaborated with SOLID, an architectural design firm located in New York, on the design of CULT Bureau. SOLID’s multidisciplinary projects span art, design and architecture, combining an insider knowledge of the art world and cultural sector with impeccable technical expertise and a thorough understanding of zoning, building code and historical preservation guidelines.

CULT Aimee Friberg Exhibitions is a contemporary art gallery for cutting-edge work by emerging and established artists, founded in November 2013 by curator Aimee Friberg. CULT bridges formal, conceptual and process-based investigations, across all media. Since its inception, CULT has quickly become the leading gallery in San Francisco for rigorous work that is both experimental and forward-thinking. CULT engages a broad Bay Area and international audience with programming that encourages artists, especially from underrepresented groups, to take risks with their work. CULT is committed to supporting international and local artists, through onsite residencies, institutional collaborations, and a nutritive dialogue with the Bay Area public. Conceived as a commercial gallery that would engage its audience beyond the white cube, CULT has quickly become renowned for its provocative exhibition programming, as well as unorthodox performances, critical dialogues between artists, curators, and critics and intimate dinners.

REBEKAH GOLDSTEIN: See You On The Flipside
September 8 - November 25, 2018